Our mission is to study and conduct surveys to accurately access Mongolian healthcare situation to identify issues and challenges, then provide solutions and learn from the best practices around the world. We yearn to improve all the Mongolian health care providers’ capacity through partnering with local and international organizations and efforts.

We have young but experienced doctors as well as aspiring professionals on the Team. Many of us have been through medical challenges either as patients or as doctors treating others and now have a determination to seek improvement in the delivery of healthcare services. We especially aim to lift the quality of care in the health sector based on our broad life experiences to provide a bridge between Providers and Patients. 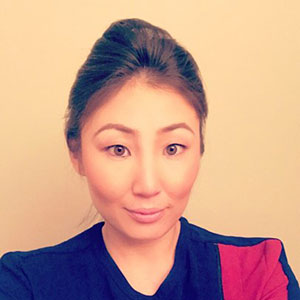 Urgamal Azat is a former diplomatic officer who grew into a social entrepreneur, also, behavior and brain science enthusiast.

With her different hats, she works to close technical, knowledge, and communication gap of Mongolian healthcare, promotes human dignity, and contributes to the future of work preparedness.

She is also a committed advocate of Sustainable Development Goals and determined to make a grass-root change for healthy lives and well-being for all at all ages.

Ganbat Ganbaatar has over ten years of experience in data collection and analysis. He has worked for a variety of organizations including within government, the private sector, and international organizations. He currently works for the Mongolia Extractive Industries Transparency Initiative Secretariat as an information technology consultant. 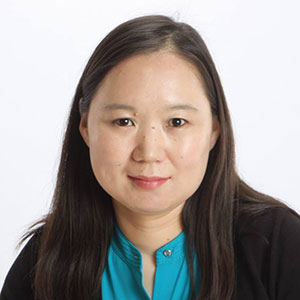 Board member, Physician, and Research Director at the First General Hospital in Ulaanbaatar, Mongolia.

She is an active patient advocate, enthusiastic Rotarian for Peace Avenue UB, and board member of Oddariya, NGO for Health Education Development in Mongolia. Currently, she is a cardiologist and teaching instructor at the First Central Hospital of Mongolia. She did her graduate degrees at Harvard University in USA and Tohoku University in Japan. While she was living abroad, she was fascinated how advanced in the USA and Japan healthcare system and always hopes to bring that knowledge, skills, and state-of-art technology into her home country with an accessible and affordable cost. She believes building intuitional memory, intellectual investment, and educating professionals through innovative technology, exchanging professionals will be an invaluable investment to build effective public health and medical system in Mongolia.

Bujinlkham Shatarbal is radiologist at First Central Hospital of Mongolia. She is a proud health worker, but she recognizes issues and challenges that Mongolian healthcare sector faces. During her fellowship in Austria and Japan, she has reflected realistic options to improve medical services in Mongolia through supporting her colleagues and adopting efficient management. In addition to striving for professional excellence as a radiologist, she is devoted to offering development solutions for Mongolian Medical sector as a team member of Od-Dariya Foundation.

Badmaarag Suren is a journalist who wholly dedicated herself to the development of Mongolian youth. She started her career as a public relations officer at Mongolian National University, where she worked very closely with university students and found inspiration in young people’s dream, aspiration, and eagerness. Since then, she has been following her passion for empowering the youth. As Chief of Public Relations Department and Press and Liaison Secretary at Mongolian Youth Federation, she leads many project and events which significantly contributed solutions for youth social and health issues, education, civil and political participation and employment. 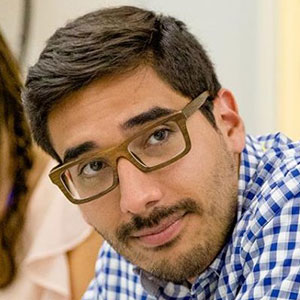 Roberto Carlos Garza Rodríguez is a biomedical engineer who currently serves as an International Consultant in Blood Services and Transplants, in the Pan American Health Organization. He holds overall experience in the Latin American and Caribbean Region. Roberto is an MSc candidate in global health from the University of Manchester, UK. He has served previously as a Consultant for the International Federation of the Red Cross and Red Crescent Societies, and is former Head of Blood Collection and Promotion at the National Blood Transfusion Center of Mexico; in addition, Garza is a co-founder of #Blood4All, a global initiative to promote collective voluntary blood donations to prevent seasonal blood shortages. He is a One Young World Ambassador and Global Shaper from the World Economic Forum. 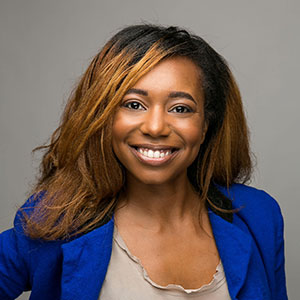 Jazmin Tanner is a Youth Mentor, Marketer, and Business Transformation Consultant. Currently, Jazmin is a Principal at a privately held consultancy that specializes in marketing and advertising solutions, as well as digital and business transformation. Jazmin formerly served as a Senior Consultant providing architecture alignment subject matter expertise at Booz Allen Hamilton for The US Department of Veteran Affairs Information Technology projects. She also led her team's data consolidation and strategic communications efforts. Jazmin provides pro-Bono board development and growth strategies for national education and youth non-profits. She speaks at schools, conferences, and sits on special committees to empower and equip young adults to become innovative disrupters in their classrooms, communities, and professional careers. Jazmin also serves as the Chair of a minority youth mentoring program called Leaders of Tomorrow and sits on the National Black MBA Association's Washington DC Chapter Board. Jazmin is an award-winning business case competition coach for high school students and has a background in digital marketing. Jazmin obtained a Bachelors of Science degree in Marketing from Virginia Commonwealth University.

Dr. Eric Feigl-Ding is an epidemiologist, nutritionist, and health economist. He is a faculty at Harvard Chan School of Public Health, founder/Executive Director of Toxin Alert, and Chief Health Economist & Director of Epidemiology for Microclinic International. He is Global Shaper of the World Economic Forum. He was previously a Soros Fellow, and founder/Director of the 6-million 'Campaign for Cancer Prevention'. He is a frequent media commentator on health & economics. His research focuses on disease risk, digital technology, social networks, public health policy, and the economics of prevention. He is Principal Investigator of several randomized trials; his projects as PI/CEO/ExecDir have received >$10 million. Published in NEJM, JAMA, Lancet, etc., his 100+ publications have received 18,000 citations. Founding the Campaign for Cancer Prevention in 2007, later with 6+ million supporters, he led the first successful online crowdfunding of $500,000+ for medical research and was featured in Newsweek, NYTimes, and Chronicles of Philanthropy. He previously also led a 2-year investigation into the drug safety of VIOXX®; his report was priority express-published by JAMA in 2006 and was noted for his role in NYTimes. A World Economic Forum Global Shaper, he has been featured in 4 books ('CauseWired'; 'Zilch'; 'Thinfluence'; and 'Shift&Reset') and in Craig Newmark's “16 People & Orgs Changing the World in 2012”. His work was named as 'Best of AHA', thrice, in 2013, 2014, 2015. He received the 2012 'Outstanding Young Leader' Award from Boston Chamber of Commerce, the 2015 AHA Grundy Excellence Award, and bestowed the 2014 'Global Health Project of the Year' Prize from the Consortium of Univ for Global Health. Graduating Johns Hopkins University (Phi Beta Kappa) at age 21, he completed his dual- doctorate in epidemiology and doctorate in nutrition from Harvard University at age 23. Over 13 years at Harvard, he has taught a dozen courses and received the Derek Bok Distinction in Teaching Award from Harvard College. 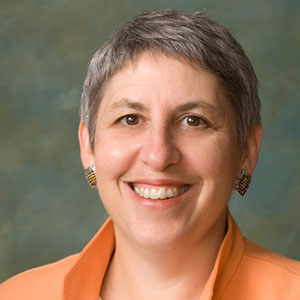 Leslie Calman is an experienced administrator, educator, and advocate whose career has centered on building better lives for women and families. Since 2013, Leslie has been the CEO of Engineering World Health, an international organization that inspires, educates, and empowers the biomedical engineering community to improve healthcare delivery in the developing world. EWH’s signature program is the Summer Institute, which sends engineering and science students from North America, Europe, and Australia to low-resource countries, where they spend two months installing and fixing vital medical equipment. Current programs are in Nepal, Cambodia, Tanzania, Rwanda, Guatemala, and Nicaragua. EWH has 40 university chapters around the world, and a program of STEM education for K-12 students focused on global health. Leslie’s Ph.D. is from Columbia University, and for 20 years she taught political science and women’s studies at Barnard, where she was also the Director of the Center for Research on Women 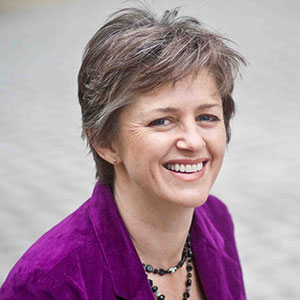 Dr. Corinna Lathan is CEO, Co-Founder, and Board Chair of AnthroTronix, Inc., a woman-owned biomedical engineering research and development company creating diverse products in robotics, digital health, wearable technology, and augmented reality. She is currently Co-Chair of the World Economic Forum’s Global Future Council on Human Enhancement and is a thought leader on technology trends that impact health and healthcare. Dr. Lathan was named a Technology Pioneer and a Young Global Leader by the World Economic Forum and served as Chair of their Global Agenda Council for Artificial Intelligence and Robotics. Prior to founding AnthroTronix, Dr. Lathan was an Associate Professor of Biomedical Engineering at The Catholic University of America and an Adjunct Associate Professor of Aerospace Engineering at the University of Maryland, College Park. Dr. Lathan holds an M.S. in Aeronautics and Astronautics and Ph.D. in Neuroscience from MIT.